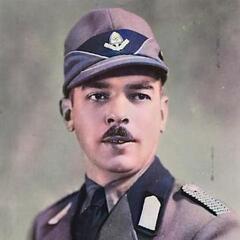 By Gwar,
July 20 in German Political and Civilian Organisations